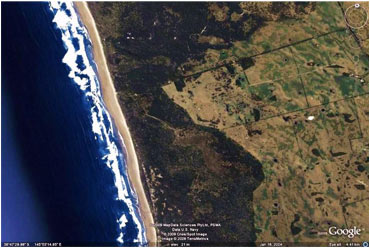 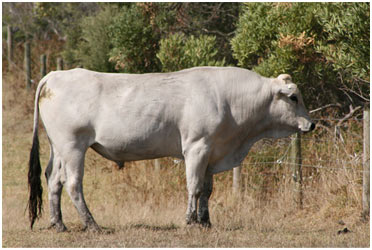 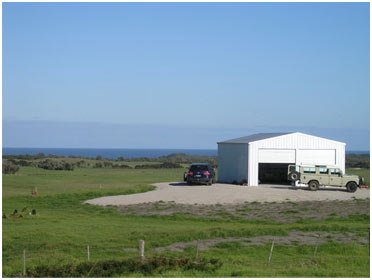 Isola farm is located at Glen Alvie, in the rolling hills of Victoria’s South Gippsland, surrounded by the towns of Loch, Korumburra, Inverloch, Wonthaggi and Grantville – occupying what has been a generations old dairy farm, in an area rich in the traditions of dairy farming.

Known as blue gum country in recognition of its rich soils and the huge trees that grow here, and with the Lance Creek flowing through it, our farm still has valuable areas of re-planted native trees despite area-wide clear felling of previous decades.

We love our farm and in conjunction with fantastic initiatives supported by Land Care we are busy removing introduced species and re-vegetating our land with indigenous flora. Since purchasing the farm we have planted over 22,000 native trees and shrubs, which has rewarded us with the return of fauna to our area.

The head of all farm-based operations, Sam is a 5th generation Australian farmer and cut his agricultural teeth at an early age, when upon finishing school at age 16, he headed to Kars stations for a twelve month stint as a jackaroo. The experience – which he describes as having him just one step up from the kelpie dogs in the farm hierarchy - taught him much about running a farm. He eventually went on to complete his studies, obtaining a degree in Agricultural Economics.

Affectionately known as our Farmer Sam, these days he is as comfortable sporting a glass of Chianti as a pair of fencing strainers.

Though a chiropractor by trade, as an Italian by heritage, Daniela’s first and most deeply held passion has always been good food. She co-founded the Melbourne chapter of Slow Food in 1996, before relocating herself and her involvement with the movement, in 1999, to live and work in Italy. After 4 years of immersion in the delights and delicacies of Tuscany, she returned to Melbourne.

Daniela heads up the gastronomic side of the operation (though she does also love the quad bike).

Our children are our inspiration, and so it should fall to us to leave them a better world than with which we started. If we don't take care of the land now and farm sustainably and ethically, then there won't be any such kind of world at all left for them to enjoy tomorrow.

Gianni, our eldest, is a climber of trees, opener of gates and runner of the driveway. His first love are the frogs and wildlife that our farm supports.

Francesca is slightly fearful of our large cattle, will concede to wearing jeans at the farm (but dresses everywhere else) and loves our army land rover.

And the youngest of our brood, Alessia – she adores the cattle and can spend hours at the window conversing with them. She is the font of all questions and notices when a gate has been accidentally left open. Of our children, she is the happiest here, able to spend hours in the yards just gazing at those massive beasts five times her size. Sam sees her as his future hope, the next generation of cattle farming Walkers.